I have to admit something: I have been teaching film studies for almost twenty years at various universities, but I’ve never been as shocked as I was when I recently asked one of my classes about their favourite contemporary director and they answered Gaspar Noé in unison. I was taken aback. O tempora, o mores. When I reminisce about the early days of my career, everyone talked about Quentin Tarantino, as he was the undisputed and extraordinary wunderkind, the coolest name in the film industry, arbiter elegantiæ, Zeus sitting on the top of the hunky-dory Olympus. He was inescapable, like Godard for the generation before. I have seen two or three movies by Gaspar Noé – he seems to be so effortless that the veins are bulging on his temple, for he wants to become the coolest fellow in the industry, the Cult Director. Noé was born in Argentina, but lives in Paris – not a big deal at all: Louis-Ferdinand Céline, the brilliant novelist (and horrible Nazi pamphleteer) writes about Argentinian freewheeling, white tuxedo wearing gentlemen living in Bois-de-Boulogne during and after WWI, while Julio Cortázar also deals with the this Paris/Buenos Aires opposition in his novel, Hopscotch. Gaspar Noé has been living in Paris since his youth, that’s where he started his career by filming in suburban abattoirs then making a movie with Vincent Cassel and Monica Bellucci; he always wanted to say something in a divisive, shocking manner, épatez le bourgeois, toujours, as if he imagined a black mass after getting interested in necromancy. The protagonist lies in a toilet in Tokyo, spaced out, the saliva forms a foam around his mouth, there are yakuzas, drugs, youth, so many interesting topics, but this tough, forced heroism is not refreshing but mandatory. Talking about Japan: in 1976, Nagisa Ōshima made a movie with the Japanese title Ai no korīda (The Bullfight of Love), internationally known as The Realm of the Senses. Of course, the brilliant director comes from a place where the representation of erotica has a thousand-years-old tradition, and thus the movie is a refined example of hardcore porn with an artistic merit. Approximately 70% of the running time consist of sexual intercourses, still, the film avoids being exploitative, instead it shows emotions, passion, motivation, depicting how physical love turns into obsession. In Noé’s Love, the proportion of watching naked people getting it on is the same, but why do I get bored and stop the film after twenty minutes? Once I saw a Hungarian independent movie (titled similarly Eksztázis as the Hungarian title of Noé’s movie), and it was about the meeting of an internationally renowned dancer and a filmmaker; its attitude was akin to Noé’s: how far one can go in terms of showing things on the screen. Gaspar Noé – just like the Hungarian director – misses one thing: one can try as hard as they might to pretend their coolness, it is not the author’s intention but the audience and the fans that propels a director to a cult status; and, in the end, they must concede to it, otherwise they will become a laughing stock.

(spoiler alert) Documentary-style scenes on a TV screen positioned on a bookshelf. Nice, young dancers – blacks, whites and everything in between – appear on the screen, only Roy Scheider and the Death is missing from the cast. The location seems to be a community centre in some godforsaken French village, but it only becomes clear at the end of the movie, until that we only see our team hanging around in the dilapidated building, the music is modern but recalls the 1970s. The movement of the camera is interesting, maybe too interesting, the filming technique itself becomes the protagonist as it is so full of itself, the drum-and-bass retro songs are mixed with coolheavy coreography, strong, dynamic gestures, good-looking people. After the dance sequence is over, they start chatting in small groups, the boys mostly about fucking, whom they did and whom they will bang. Practically the only thing they don’t discuss is heterosexual anal sex (tomar por el cúlo), even though V. S. Naipaul, the Hindu-British-Trinidadian Nobel Prize laurate writer, based his own theory of Argentina on the act, which was later refuted in an extraordinary essay (Sabios de Sodoma – The Scholars of Sodom) by the author of one of the most important contemporary legacy, Roberto Bolaño. But the characters of the movie are not from Argentina but from France, Germany, from Europe – multiracial as the French football team winning the 1998 World Cup. They have sangría ready to serve on a long table with snacks. They have a DJ booth, a large black man responsible for the music. The girls are reckless. Here comes the moment straight from the Then There Were None playbook, though its clear to see that the storyline is far from being intricate, it is not The Osterman Weekend. While there’s the girl in her thirties with he eight-year-old son, Tito, the guy in the Adidas tracksuit who wants to screw everyone, and the black bloke in his mid-twenties who is jealous for his sister’s – who is five years younger – sexual life – someone gets sick, and then someone else, too. Someone spiked the sangría with LSD, just like the CIA planned to spike the water reservoirs around Moscow during the previous Cold War. Maybe it wasn’t even LSD, it was some kind of sick herb, a designer drug straight out of a Chinese lab. Someone knocks out the whole group, everyone is delirious. The situation quickly escalates, the pregnant girl gets kicked in the stomach, self-cutting to disco rhythm, bellum omnium contra omnes. Tito comes down from the utility room, Mom closes him next to the fuse box, then leaves the key and in total desperation, she commits suicide. Then the rescue team arrives from outside the cold, and an instrumental version of Rolling Stones’ 1974’s hit Angie starts to play. The film ends with the leggy German dancer dropping liquid LSD in her eyes, and the camera waits until slowly a teardrop rolls down between the eyelashes. Oh, dear God!

Gaspar Noé’s movie was screened at the Quinzaine des Réalisateurs (Directors’ Fortnight), an independent section held in parallel to the Cannes Film Festival. This year Jim Jarmusch, Terrence Malick and Tarantino with Once Upon a Time in Hollywood will compete for the Palme d’Or. I’m really looking forward to these films, for I think it’s pathetic if a director in his fifties not just only shows but loses himself in the reckless life of the teenagers. This slightly aimless dance troupe is like a symphonic orchestra on a world tour or a film crew stuck in an external location, like in Wim Wenders’ Der Stand der Dinge (The State of Things). (Of course, Wenders himself has plenty of phoney moments). In that movie, the state of the things is similar, a film production in Portugal goes awry, the director travels to Los Angeles to get some information about the missing money of the film funded by the Maffia. The crew throws a party because they are bored, but it’s 1982, and they similarly wait for something, salvation, proper funding, the Messiah or simply the producer. Mentioning Wenders is a valid argument as the cinematographer of his latest movies is the same Benoît Debie who collaborated with Noé in this movie. It seems like we are watching Béla Tarr’s exam film, Macbeth, consisting of one long shot, then we change to a quick succession of edits. Noé is a director of the MTV-generation, where in the 1980s and the 1990s the editors went crazy with the Kuleshov effect, and they succeeded to reappraise the long shots of Antonioni, Jancsó and Tarr – once, in the analogue age, an artistic trouvaille, now, in the era of digital cinematography, a pure technique.

I admit, I had my prejudices before I watched the movie, I fought against them and lost. I would even go against Zeitgest, and I deliberately agree with my older and wiser colleague, György Báron, who summarised the movie in Élet és Irodalom the following way: it was a bluff. 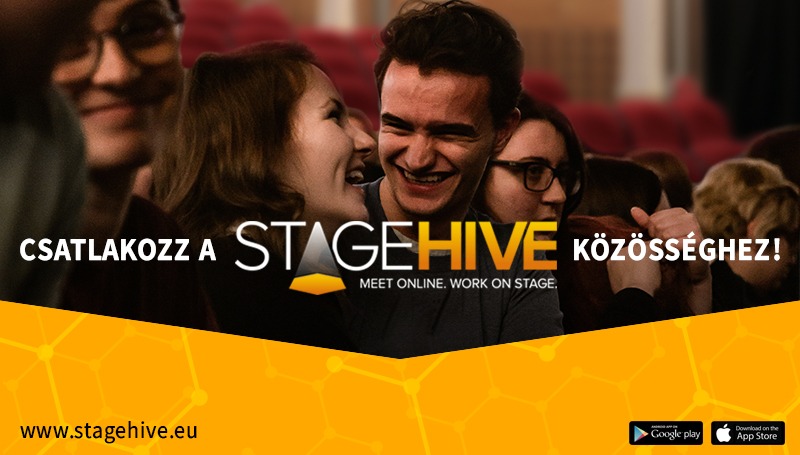